Wisconsin’s largest city is ranked as the most racially segregated city in the entire United States according to the Brookings Institution (2018). The causes and patterns of segregation in Milwaukee have been widely researched and generally accepted as a product of years of redlining. The first instances of redlining occurred in the 1930s when the Home Owners Loan Corporation developed a system to rate the risk of investing in a house within neighborhoods. This ranking of neighborhoods was based on several factors including the architecture of the homes, visual aesthetics, and races of the people who live there. Redlining led to unequal housing opportunities for those of lower socioeconomic status and minority races, and the resulting distribution of wealth remains consistent with the patterns observed in Milwaukee today. One of the ramifications of residential segregation in Milwaukee that is particularly evident are disparities in access to bilingual education in the Milwaukee Public School System (MPS). In Milwaukee, many bilingual schools currently function to meet the cultural and linguistic needs of the surrounding Hispanic community, while bilingual schools located outside of this need-based region are primarily accessible to families of greater socioeconomic advantage.

Mapping bilingual schools in the Milwaukee Public School District reveals a strong correlation between their geographic locations and the majority ethnicity of nearby neighborhoods. As seen in Figures 1 and 2, many of the Spanish/English bilingual schools are located in communities that are predominantly Hispanic. The bilingual schools that teach languages other than Spanish such as German Immersion, French Immersion, and the School of Languages are located within a 1.5 mile radius of each other in a mostly white area of Milwaukee. The relationship between the language taught at a bilingual school and the prevailing ethnicity of an area is further supported by analyzing demographic data of students who attend each school. Based on the data from the Wisconsin Department of Public Instruction for the 2017-2018 school year, the median percent of Hispanic students attending bilingual Spanish schools in MPS is 77.6% while the median percent of Hispanic students attending non Bilingual schools is only 4.6%. Across all MPS, as the percent of Hispanic students at a school increases, the percent of students with limited English Proficiency also increases (Figure 3). This suggests the implementation of Spanish/English bilingual programs in Milwaukee is often based on need rather than educational enrichment.

In Milwaukee, there is a disparity in access to bilingual education that correlates with differences in socioeconomic status and contributes to the cycle of segregation. This trend is exemplified by the locations of various bilingual public schools as well as the financial stability of the students who attend these schools. 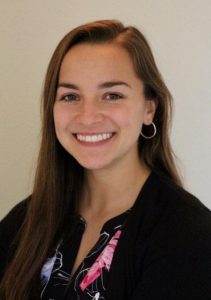 I am a recent UW-Madison graduate who found an interest in language education while taking the class Language and Immigration in Wisconsin. In the fall of 2020, I will begin medical school.