Enwejig is an Ojibwe word that means ‘those who speak’. The name honors the speakers and learners of Indigenous languages.

The Enwejig Indigenous languages working group was named by the late master Ojibwe speaker Edward Benton-Banai of the Lac Courte Oreilles reservation in northern Wisconsin. As a means of expressing the unique sound, meaning, and characteristic manner of speaking an Indigenous language, Eddie first suggested using Inwewin as a summary term. In recognition of the dynamic efforts of Indigenous language speakers, learners, and allies to revitalize language, he later recommended the term Enwejig – ‘those who speak’ – to capture the contemporary work of all of those actively engaged in speaking a Native language as a means of renewal, solidarity, and continuity between the past and future.

“Language is the key to everything” – Ron (Muqsahkwat) Corn, Jr., Menominee language activist
“When you speak your language, your ancestors wake up” – Murray Sinclair, quoted here. 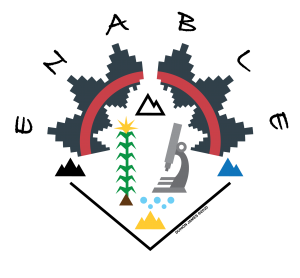 UW-Madison occupies Teejop, land inextricably connected to the Ho-Chunk people and their sacred language, Hoocąk, since time immemorial. Enwejig acknowledges the deep Ho-Chunk love for their language, and honors all those who speak and care for the Indigenous languages of Wisconsin. These other languages include: Huluníixsuwaakun (Munsee), Ojibwemowin/Anishinaabemowin (Ojibwe), Mamāceqtaweqnaesen/Oma͞eqnomenēweqnaesen (Menominee), Mã’eekuneeweexthowãakun (Mohican), Bodwéwadmimwen/Neshnabémwen (Potawatomi), and Ukwehuwehnéha (Oneida). Languages are key to the past, present, and future well-being of Indigenous nations. Collectively, we share an exigent responsibility to arrest language loss due to settler-colonialism; support revitalization efforts; and seek linguistic justice for Indigenous peoples.